Dark in the house.

I can hear the little boy softly singing to himself upstairs.

He is in his room, playing with hot wheels and cardboard blocks.

Occasionally, he hits the buttons on a musical toy and we both listen to some happy little tune for a moment.

The cats are fed and fat and have returned to their corners to sleep even more.

It makes perfect sense to be in pajamas and have kooky hair.

Fall is here and winter is coming.

Sometimes, I wish we lived in a place that saw real winter weather.

It would be nice to play in the snow and then retreat back inside for hot cocoa and a blanket.

I think the cocoa and blanket might be better if husband were here this weekend, but he went to the desert for the Salton Sea Century and he won’t be back until this afternoon.

The house is different without him.

The front room is blissfully void of any cycling gear, but that’s really the only benefit to his absence.

When he’s gone overnight, the house can feel a little spooky to come back to.

We don’t generally leave unless it’s broad daylight and we absolutely have to go somewhere.

Yesterday, we stayed in.

We made cupcakes, played with legos, and splattered the rainy patio with watered down kid paints.

I wasn’t far behind.

Now, it’s Sunday, I’m sitting in the dark and can barely see the keys.

It has been a week and I’m rusty again.

The little boy says “the sky is waking up” and I have to agree.

Time for us to wake up too.

P.S.  Look what the rain revealed.  That big orange blob at the top of the frame is the hard working woman who created it.  Beautiful. 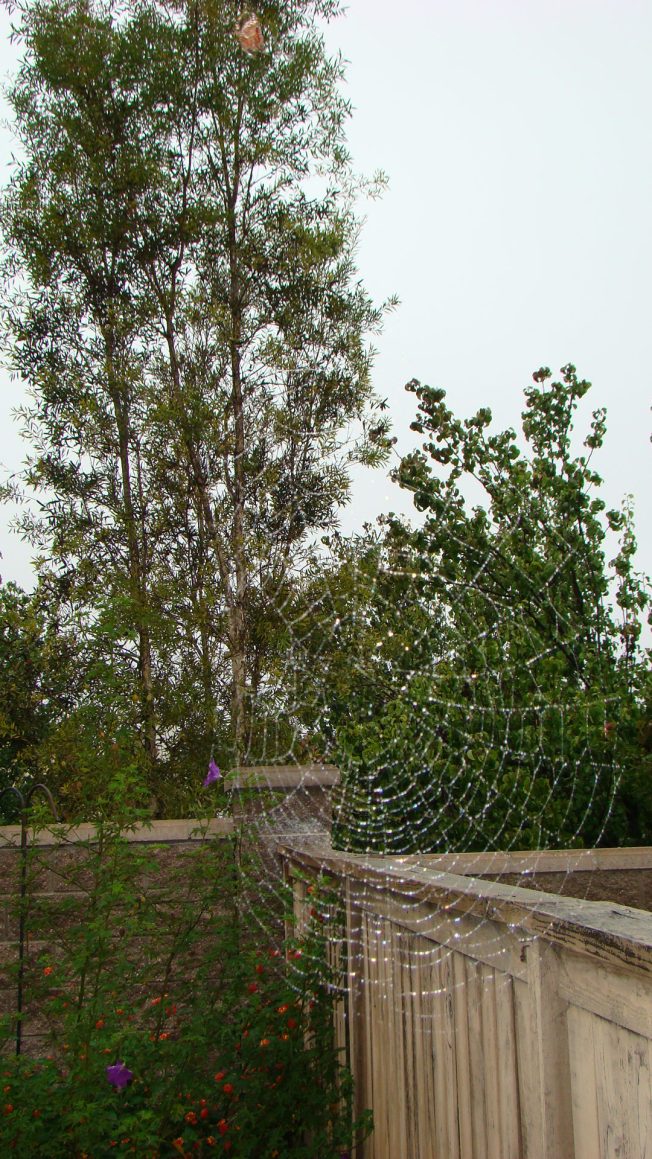