Weeks have passed since my last post, so there’s plenty to write…

but Thursday night, when I sat down to share highlights of our recent trip to the desert, all I could think about was the fact that my son was absolutely FREAKING out. 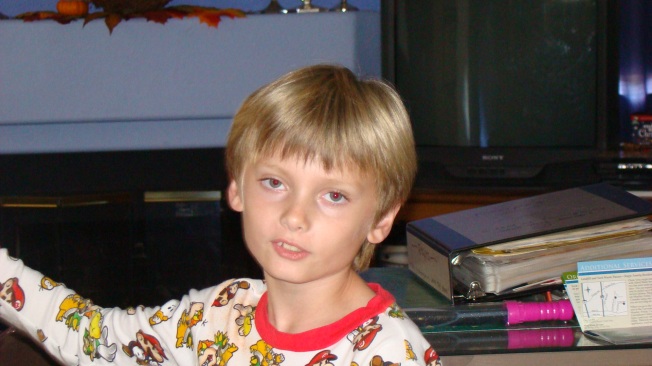 He played in the snow at the top of the mountain.

He swam for hours in a pool heated to bathwater temperature.

He painted a car at the Children’s Discovery Museum.

He ate every snack he wanted.

He enjoyed the trip.

We all really enjoyed the trip.  Even without mascara, sunglasses or a hairbrush. 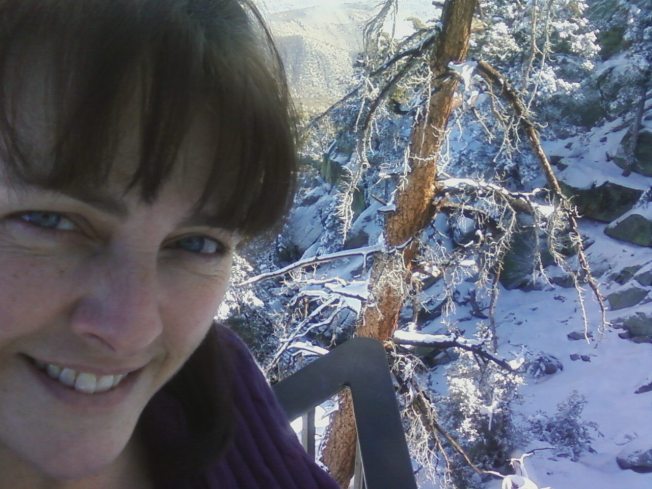 But Thursday, the boy walked in from school and started falling apart.  By 4 o’clock, he had screamed and thrown things.  It went down hill from there.

I really believe the time change has messed him up.  He’s panicky about finishing things now.  It’s dark an hour after he gets home and I think it makes him nervous about his routine.

Nothing I did on Thursday seemed to calm him down.  I tried sweet and I tried stern.  I fed him and I gave him something to drink.  I tried distraction and positive reinforcement of his few good behaviors.  But what he most wanted, I couldn’t give him.

He wanted me to stand behind him and hold onto him while he endlessly repeated a complicated series of obsessive compulsive hand gestures, chants, head ticks, etc.  I wouldn’t do it and it made him mad.

When he asks for a plain old regular hug, it melts my heart and I’m totally in, but I won’t become part of his compulsive routine.  He can depend on me for a lot, but not for that.

I know that if I give in, he will expect it of me and of whomever else is with him.  He won’t be able to function without a human tool to manipulate as he sees fit.  Not everyone will understand, and as he ages and gets taller and stronger, his tantrums about it will be harder to manage.  No, I can’t give in.

Around 4:30, we had an appraiser over to measure and take photos of the house.  We’re refinancing and it’s required by law.  Just one more total violation of privacy rights in the course of a day.  Grrrrrrr.  But that’s another post.

The entire time the appraiser was here, my son was screaming at the top of his lungs.  The appraiser was not someone I trusted, so I couldn’t leave him to wander upstairs alone.  My son didn’t like that I left the room.  Despite the fact that he could see me on the landing above, he was furious and raging.

The dining chair my son “sat” in has become a squeaking, rickety mess because of his consistently ruthless shaking, slamming, scooting, and jumping.  Poor chair.  It’s loud now.  I feel like it’s crying for help.

I know my son is.  The problem with his cries is that I don’t know how to answer them sometimes.  I don’t always know what will change the evening for us.  I was exhausted by his behavior and the irritating sound of the chair’s complaints.  The two were deafening together.

I’m sure the appraiser thought we were both nuts.  I can hardly wait to see if the chaos of our home detracted from the value of our house.

Yesterday, I kept my son home from school.  It helped.  His obsessive compulsive episodes were frequent, but less intense than the day before.

We spent a lot of time at the table – cutting, pasting, taping, stapling.

I cut out pictures from ZooNews magazines and pasted them onto card stock.  This has become my favorite kind of Christmas ornament.

Here is my favorite from last year:

The boy made a turkey.

P.S.  One of my favorite things about the desert?   Brandini Toffee.  Oh my oh my oh my.

P.P.S.  Nothing Bundt Cakes finally opened in Mission Valley.  The pumpkin cake sample sent me straight over the moon.  Must.  Have.  More.